In the early spring of 2016, Jonathan sat down for an interview with Dr. Andrew Porwancher, Assistant Professor of Classics and Letters at the University of Oklahoma. 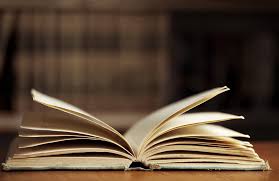 Andrew: What motivated you to write this book?

Jonathan: The book evolved slowly over time. It originally began as a series of short stories I wrote. I was extremely intrigued by what Ivy League students were hiding behind their overachieving outer personas. Having spent two years at Princeton and two years at Yale (plus another five or so years at Yale after I graduated), I saw a lot of different types of Ivy League students. I wondered how crazy their lives might really be. I took that potential wild/dark side of Ivy League life and let my imagination go.

Andrew: Was writing a campus novel something you thought about doing since you were an undergraduate or did the idea only come once you were at a remove from your college days?

Jonathan: I really could only start writing and reflecting on my undergraduate experiences  a few years post graduation. While I was at Princeton and Yale, I was focusing on having the best time I could, not thinking about the dramatic arc of my experiences.

Once I had a little distance, I could start to see some of the absurdities and comedy of attending an Ivy League school. It’s a very privileged atmosphere and that leads to a way of life that is very different from the average American’s everyday existence.

Andrew: What is some of the underlying social commentary in the story? How did your desire to make that commentary inform how you structured the plot, created characters, depicted scenes, etc?

Jonathan: That’s a good question, but I don’t know if I have a good answer. Social commentary was definitely not in my mind as I wrote the book – I tend to let the story unfold on its own and have the characters and situations lead the writing.

I am sure readers will find social commentary in the book – there are a lot of sensitive topics the book delves into – but I did not have any specific intentions to cover any particular themes.

In terms of the social commentary I see in the book – well, that would definitely be whether Princeton and Yale are too exclusive and therefore doing less good in the world than they could.

I feel like I got a lot out of my experiences at Princeton and Yale. Part of the reason I got so much from going to these schools is that there are an abundance of resources available. I think they could serve more students than they do now, but I don’t know what the practical ways to make that happen exactly are.

They are now beginning to put more of their courses online via Coursera and iTunes and that’s a great step. Ideally, it would be fantastic to be able to serve more students on the university campuses. The main character of the book is able to integrate himself well into Princeton – clearly there was room for at least one more person in the world of the book. In the real world, I don’t know what that number is, but it’s more than one.